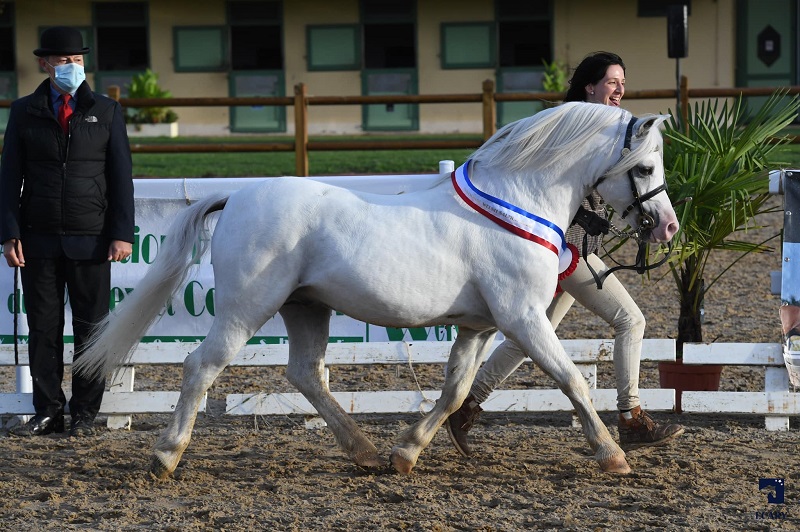 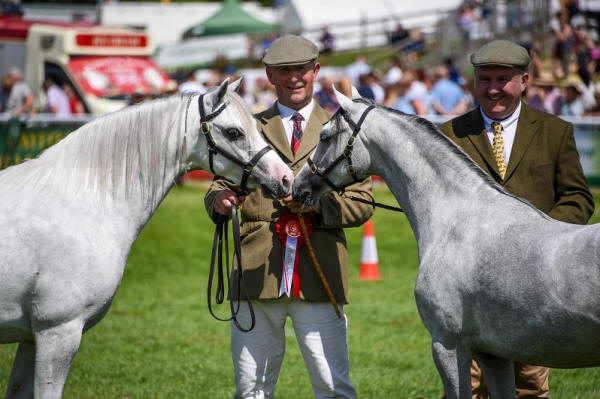 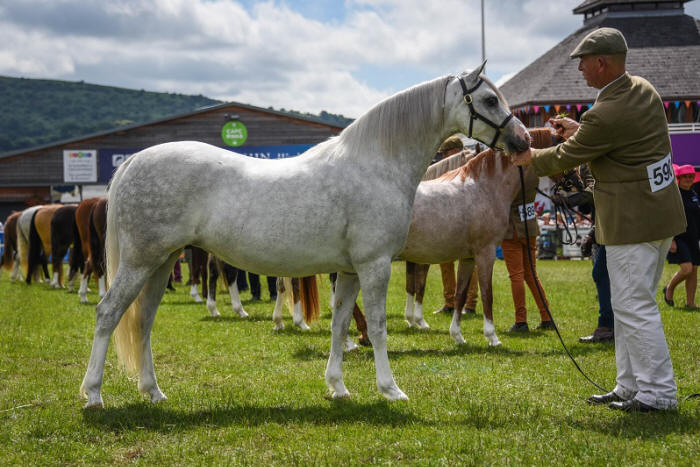 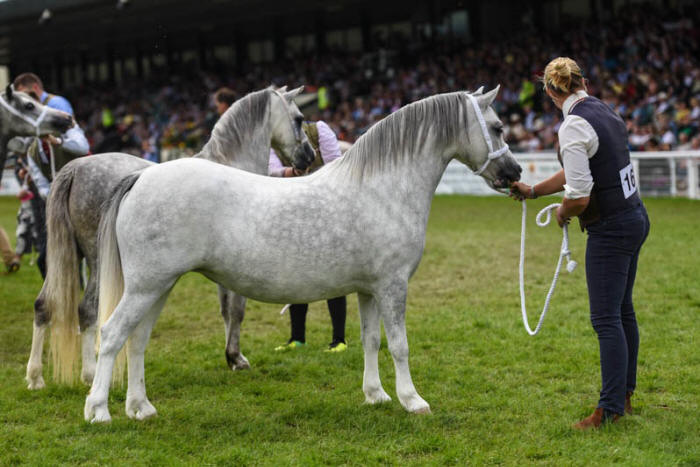 Property of the Brynseion Stud 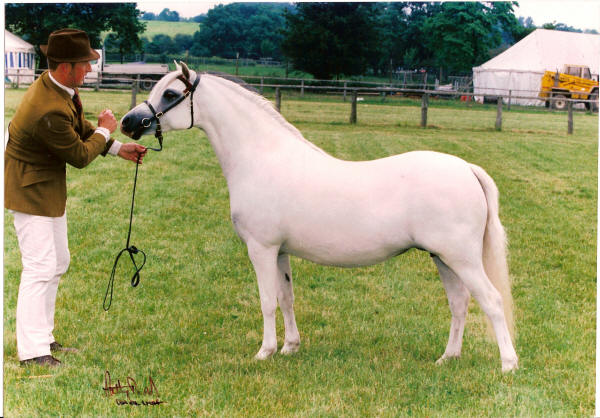 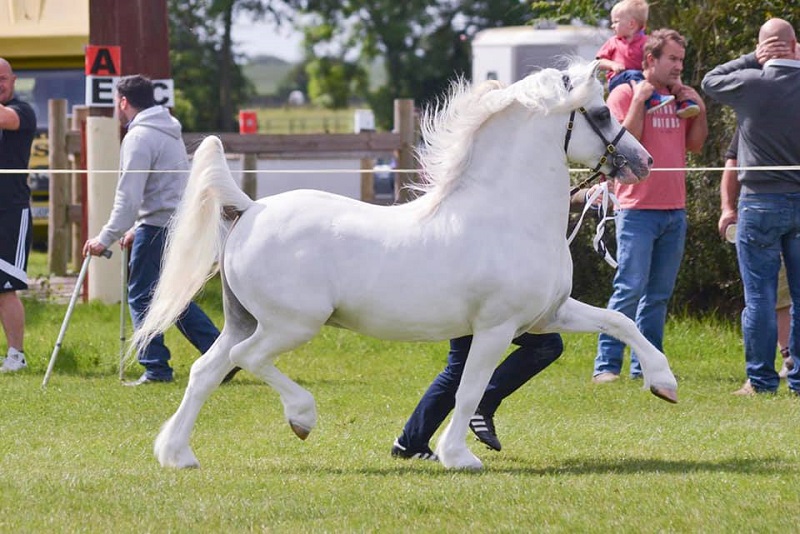 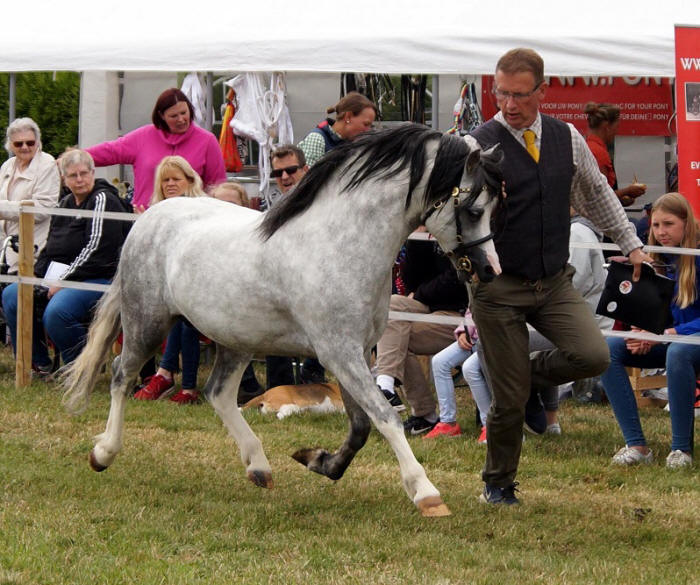 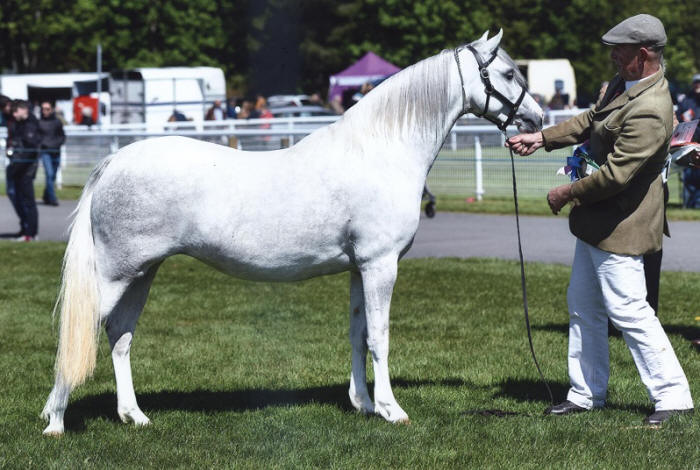 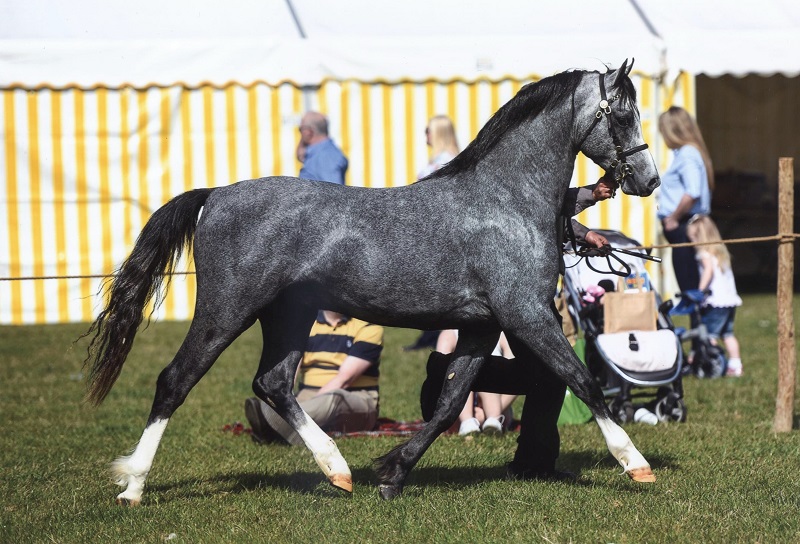 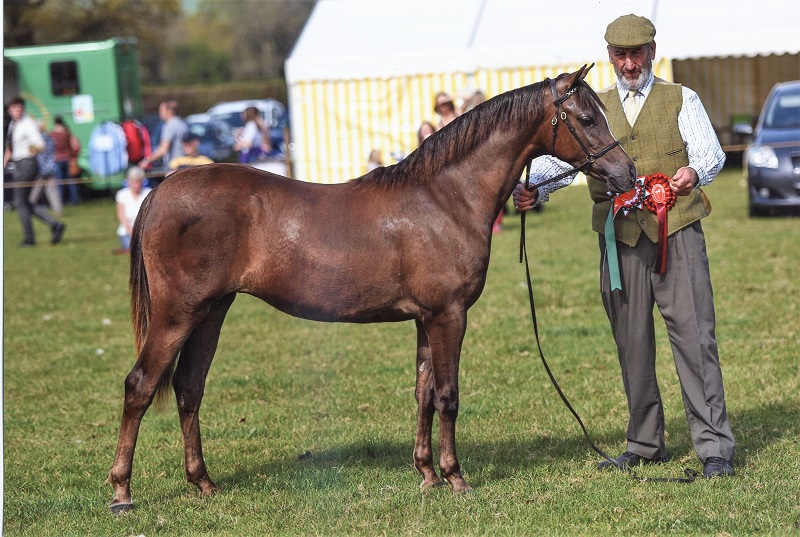 Property of the Melau Stud 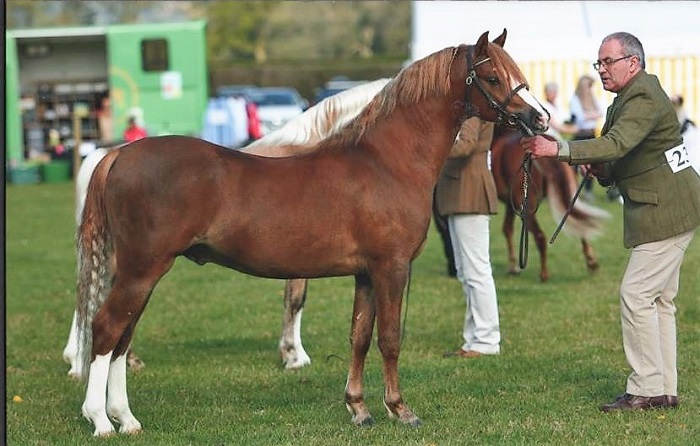 Property of the Castlemead Stud 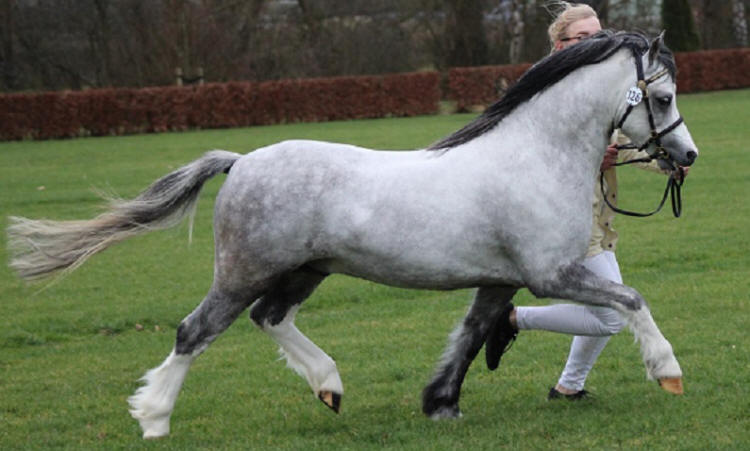 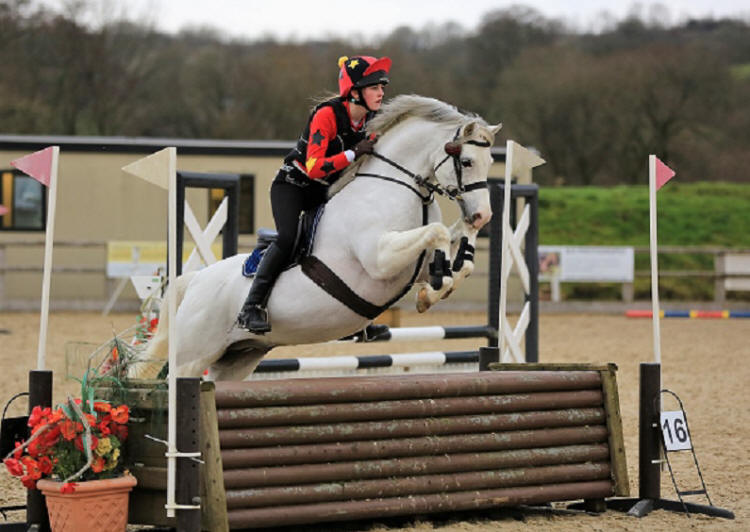 One of our favourite shows of the year and it didn't disappoint with two wins for the fillies, both on their show ring debuts....the three year old Eyarth Chloe by Rhoson Shem won, shown by owner/breeder Joe Parry, following in the footsteps of her sire and then our own Heniarth Arietta wowed the crowds with her movement to head a nice class and become reserve champion filly, the fourth time a Heniarth Wood-Wind yearling has won here, following their sires, and uncles wins over the years! Great to see Heniarth Showbiz win and Heniarth Toucan Sam get a second in the Mountain Pony ring, both by Blanche Montana with Sarum Charlie by Heniarth Quinnell heading the ridden Section A's and Reserve ridden champion. 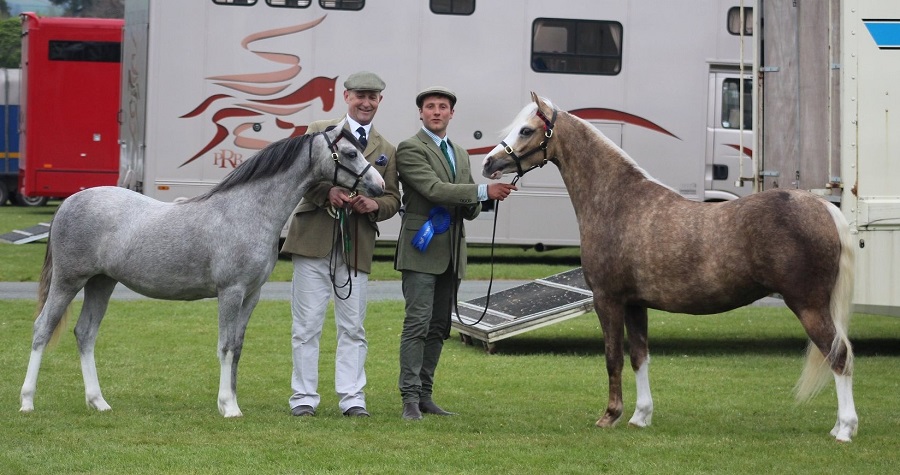 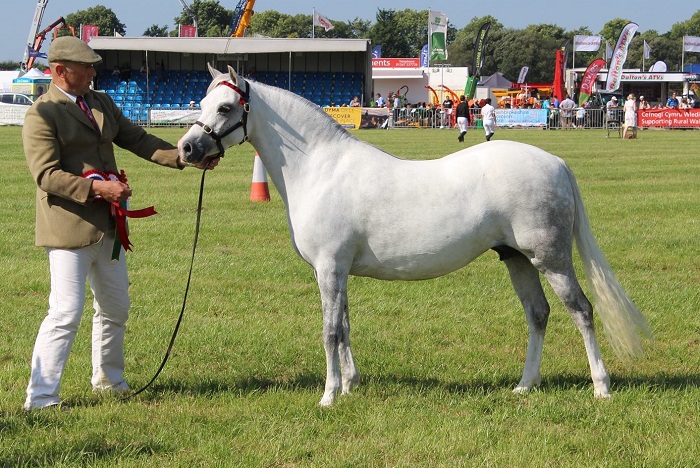 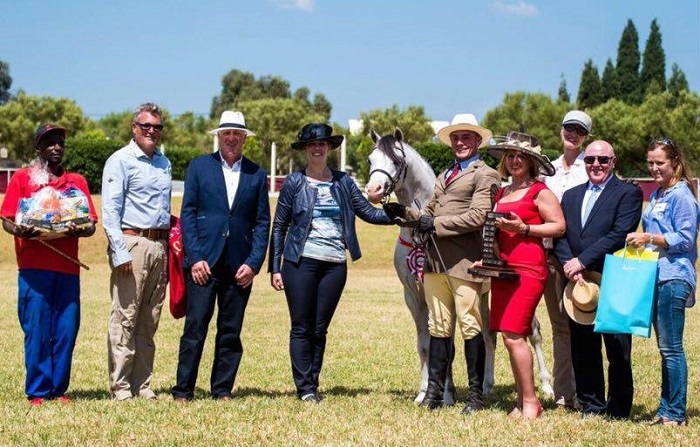 Amongst the proud connections of Heniarth Top of the Morning accompanied by Supreme judges, Frank Burrema and Rhode van Praat from the Netherlands and Shelley Perham and Nigel Hollings from the UK, together with "Top" and handler JJ Kemp. 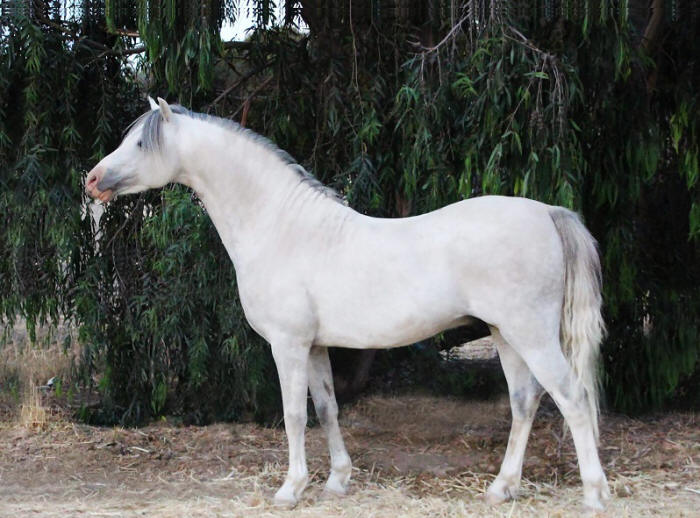 Thrilled to receive this photograph from the heat of Australia of HENIARTH WHISTLE DOWN THE WIND. A full brother to Wood-Wind, Top of the Morning and Ting-a-Ling, by Lemonshill Top Note and out of Eyarth Windflower. The property of Ash and Scarlet Porter of the Vanoca Park Stud in Victoria, he has already proved himself in the show ring, both in the UK and Australia and is now siring some lovely foals in the Southern Hemisphere. Very proud to have bred and exported this fellow. 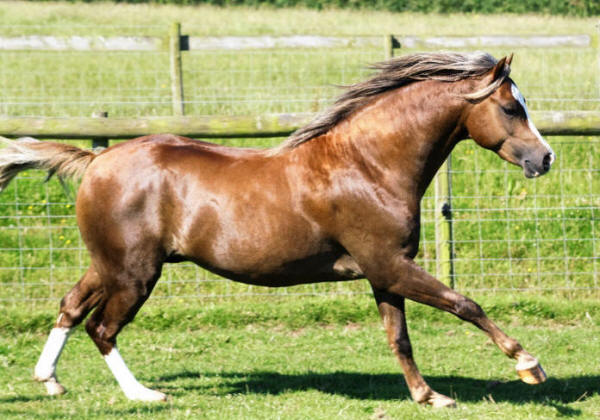 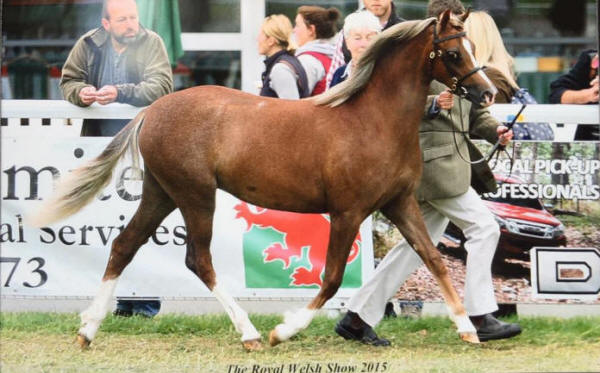 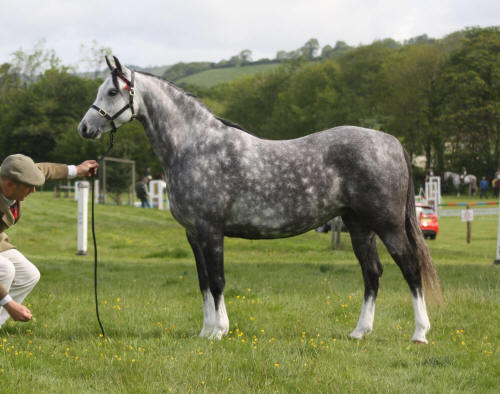 Having not attended either Lampeter or Glanusk Stallion Shows for the first time in many years, we did finally make it the four miles down the hill to the Ffos Las racecourse and the Carmarthenshire Welsh Pony & Cob Association Spring Show. The lorry was packed full...with one Section A yearling colt! This was the colt Dirion Bleddyn who, to say the least, was an impulse purchase at Hay-on-Wye sales last autumn  at the dispersal of the ponies from the late Bleddyn Pugh. Needless to say we were delighted when young Bleddyn, on his show-ring debut, not just won his class, but took the Youngstock championship and then the Overall Section A title claiming the Welsh Pony and Cob Society bronze medal! Hopefully his breeder was looking down and having a wry smile and enjoyed the day as much as we did. 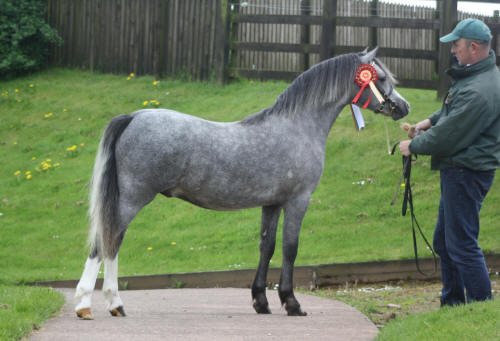 The show continued to be a great day for Heniarth bred ponies with the lead rein Cwm-Meudwy Sali Mali by Heniarth Question taking both the Welsh breed and National Pony Society Mini Championships before going on to become the Reserve Supreme  to the India Latter ridden four year old Section B stallion, Rhoson Shanco by Heniarth Wood-Wind  . Meanwhile on the same day in France, the Wood-Wind son, Adagio de l'Aurore has now turned his hand to show jumping and managed his first clear round in a showjumping qualifier class for the French national final for young sport ponies, on only his second outing. Great results for everybody.

With no rush to venture into the show-ring this season we had an enjoyable day out at Lampeter Stallion Show  - the first time for many years that we haven't exhibited. So it was great to witness Wellijemz Mr Biggles by Heniarth Wood-Wind win his three year old colt class, then see Rhoson Shanco win two classes under saddle in his first season. Furthermore the top three in the ridden Section A class were Powys Sprite by Heniarth Quinnell, Heniarth Yeats by Heniarth Mr.Milligan and Heniarth Nellie Melba by Heniarth Yarra Glen! Meanwhile the yearling filly Rhoson Kizzie, also by Wood-Wind out of Rhoson Sipsi, so therefore a sister to Shanco has taken two championships for Ingrid Delaitre and we look forward with great excitement to her return to the UK for some further appearances.

2015 W.P.C.S. JOURNAL ERRATA - It appears that our claim to be one of five studs to breed both an A & B Royal Welsh Champion, in our Journal advertisement on page 367 was incorrect. Dr Wynne has kindly brought to our attention that the 1951 champion Revel Nance was in fact bred by Tom Williams at the Vardra Stud, not Emrys Grifiths who had bought her three months earlier from the Vardra Sale for 11gns, as a Section A! So, it appears only four breeders have achieved the double,  Coed Coch, Gredington, Springbourne and ourselves,! Very proud to join such illustrious company. 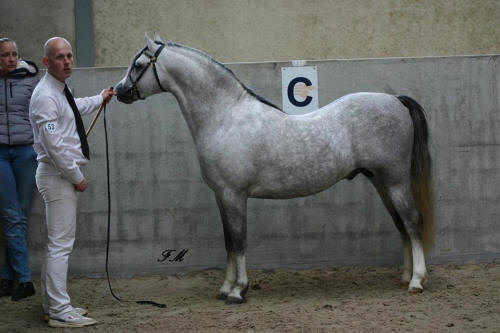